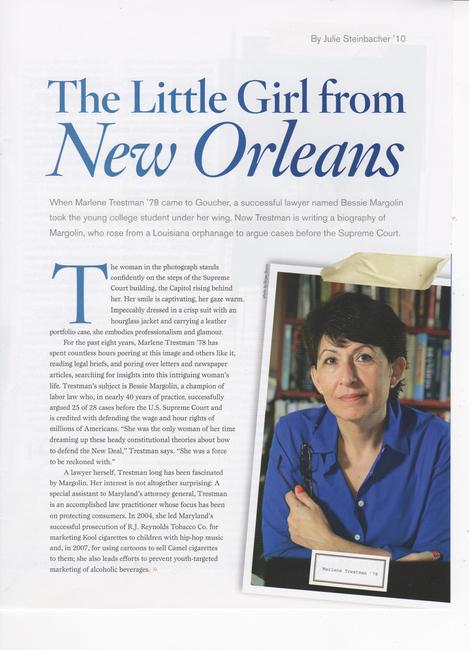 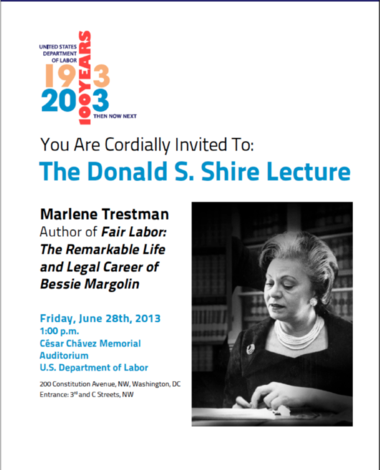 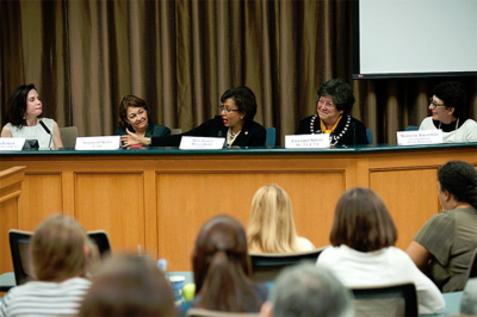 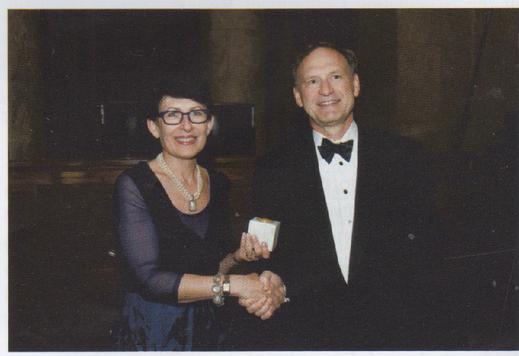 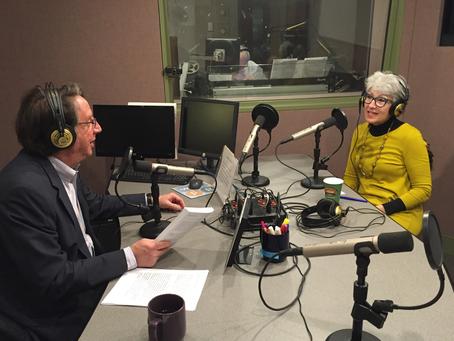 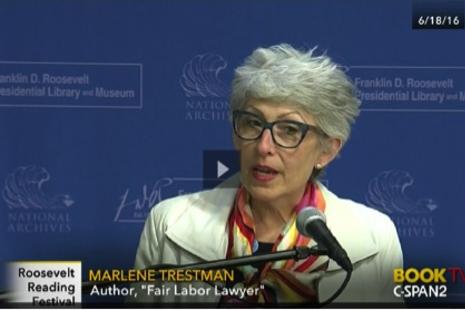 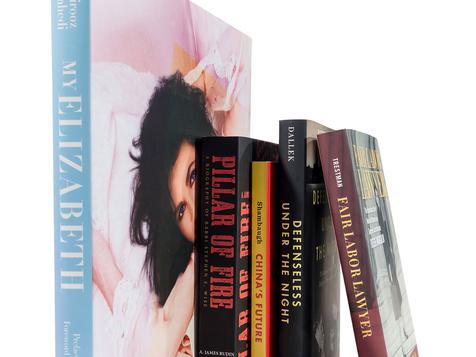 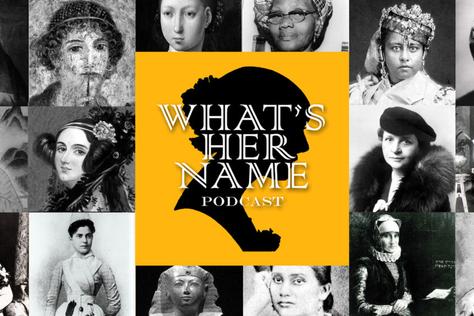 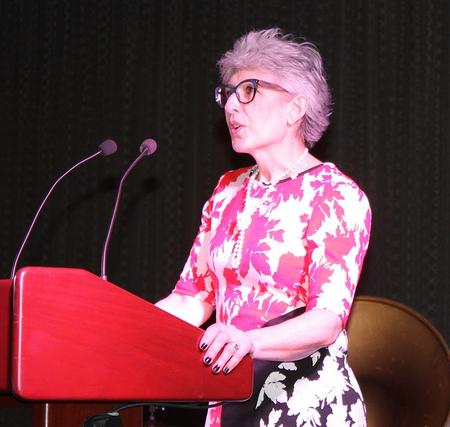 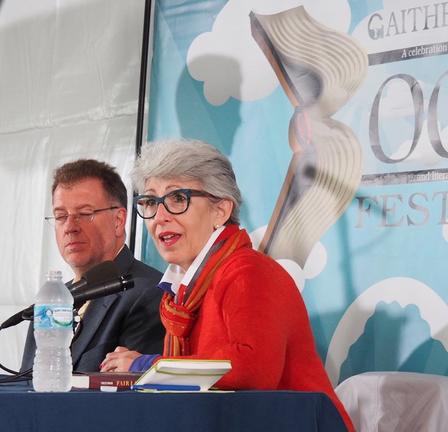 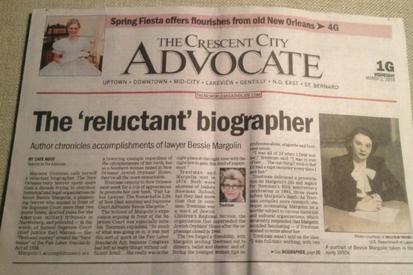 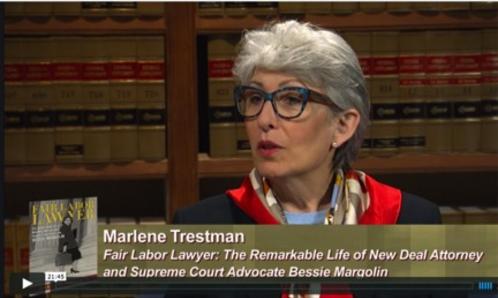 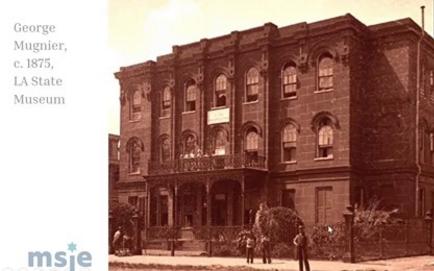 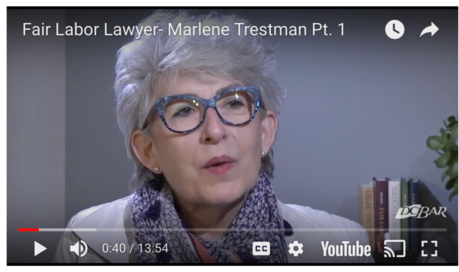 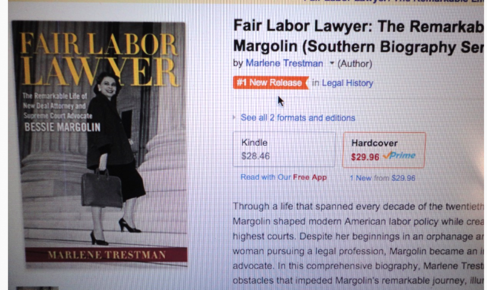 Marlene Trestman delivers an address about Bessie Margolin at the FDR Library in Hyde Park, NY. Watch on C-SPAN BookTV.

​"Margolin’s passionate dedication to her life’s work made an indelible impact on American legal history and the lives of ordinary Americans."

"Why has no one made a blockbuster biopic about legal pioneer Bessie Margolin yet? It's got all the plot lines for a humdinger of a tale."

"Trestman's well researched, meticulously documented, and engagingly written book should have wide appeal--to students of the New Deal era, the landmark Fair Labor Standards Act (FLSA) and the Department of Labor, as well as early twentieth-century Jewish life and culture in Memphis and New Orleans. Most especially [Bessie Margolin's] life is important for anyone interested in gender and the legal profession."

​In "clear and often elegant" prose, "Trestman's story of Margolin reveals an amazing woman who not only overcame barriers, but used them as positive stepping stones."

"This is a very well-written and well-crafted biography."

"An important contribution to the history of Jews, gender and labor, Marlene Trestman’s book reminds us of how unexplored the history of Jewish women in the legal profession remains—and how much exciting research lies ahead of us."

​Marlene Trestman, author of "Fair Labor Lawyer: The Remarkable Life of New Deal Attorney and Supreme Court Advocate Bessie Margolin," and Charlotte Margolin, a member of Bessie Margolin's family, talk about the life and career of the only woman on the legal team that defended President Franklin Delano Roosevelt's New Deal, for Women's History month.

"Who are the women who have argued at the U.S. Supreme Court throughout history? Author Marlene Trestman wanted to know."

January 2017
David I. Grunfeld, "Exceptionally A Lawyer: A Biography of an Incredibly Accomplished Lawyer and Advocate,"Philadelphia Lawyer, Winter 2017.

"This reader very much appreciated the opportunity to get to 'know' and be grateful for a pioneer who made my path a little bit easier."

​September 2016
Melvin I. Urofsky, "Book Review: Fair Labor Lawyer," Southern Jewish History 19: 215-218 (2016), reprinted with permission. ​
"Bessie Margolin had an amazingly interesting life....We should be grateful for what Trestman has achieved. It is an absorbing story told well."

April 8, 2016
Leah Eskin, "Q & A: The Pioneering Female Lawyer Who Went From An Orphan's Home to the Supreme Court," The National Book Review.

March 4, 2016
PBS To the Contrary "Trailblazing Attorney Bessie Margolin" - Watch the interview.
Marlene Trestman's new book "Fair Labor Lawyer" tells of Bessie Margolin, a U.S. Department of Labor attorney who argued 24 times before the Supreme Court between 1939 until 1972, winning 21 of them. Executive Producer Cari Stein has the story.