The Challenging Life and Times of Lillian Hellman.

"In this outstanding biography, the life and times

"As a combination lawyer/historian/political  scientist myself, who has used all three  approaches in writing about the Supreme Court and constitutional litigation, it's hard to think of anyone else

who has done so well as Marlene."

​"Marlene Trestman, a modern lawyer with surprising ties and connections to Bessie, is her ideal biographer."
- Barbara Babcock, author of Woman Lawyer: The Trials of Clara Foltz.​

"Fair Labor Lawyer is an engaging and insightful narrative of the extraordinary life of Bessie Margolin -- the self-styled reluctant feminist who became the architect of the U.S. Labor Department's Equal Pay Act enforcement and a founder of the National Organization for Women."

or your favorite bookstore 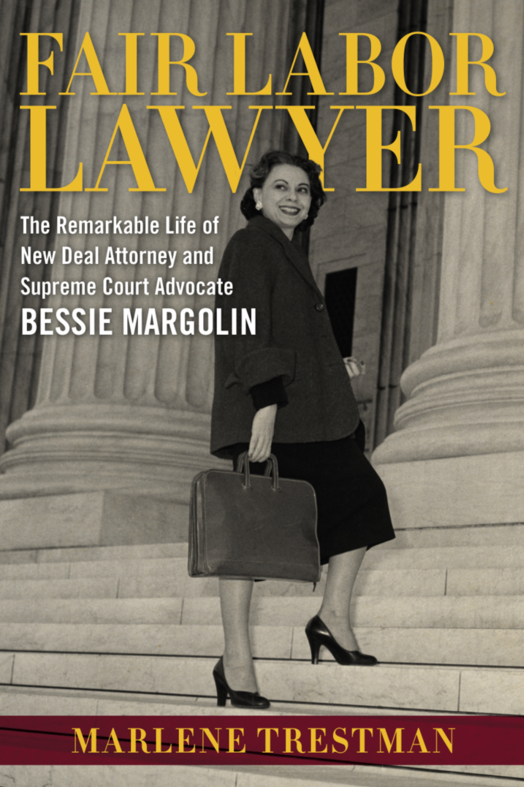 Instilled with a powerful success ethic from her childhood in New Orleans's Jewish orphanage, Bessie Margolin used her brains, beauty and Southern charm to champion the wage and hour rights of millions of workers, while proving women’s equality in a man’s world of law. She contributed to some of the most significant legal events in modern American history: she defended the constitutionality of the New Deal’s Tennessee Valley Authority; drafted rules establishing the American tribunals for Nazi war crimes in Nuremberg; and, on behalf of the United States Labor Department, shepherded the child labor, minimum wage, and overtime protections of the Fair Labor Standards Act of 1938 through the nation’s highest courts. She greatly enhanced the lives of American working people, said Chief Justice Earl Warren, by developing "the flesh and sinews . . . around the bare bones" of the nation's wage and hour laws.

Through lawyer-turned-author Marlene Trestman’s engaging prose, exhaustive research, and personal connection to her subject, Fair Labor Lawyer captures the forces that propelled Margolin’s journey and reveals the inner life of this trailblazing woman, who has been largely ignored in accounts of these historical events.

Trestman explains Margolin’s innovative strategies and masterful control over her courtroom appearances, reflected by her admirable success rate in cases for which she presented more than 170 appellate arguments, including 21 of 24 arguments she presented at the Supreme Court. Yet Fair Labor Lawyer also contrasts Margolin’s public achievements with private disappointments and challenges, including unfair treatment in her own legal career, an unsuccessful bid for federal judgeship, and her romance with a married boss that became the subject of inquiries by government loyalty boards, Congress and the FBI.

A reluctant feminist who became a founder of NOW and was considered the nation’s number one fighter for equal pay, Margolin was a thoroughly modern woman who enjoyed men professionally, socially and intimately. She would not marry a man who would interfere with her career or the independence it gave her; three men – all lawyers -- won her heart, but not her hand in marriage.

Through the life of one remarkable woman, Fair Labor Lawyer tells a larger story of the 20th century still relevant today: immigration and economic mobility; the mechanics of enforcing federal laws; and evolving notions of gender equality and sexuality in the workplace. ​