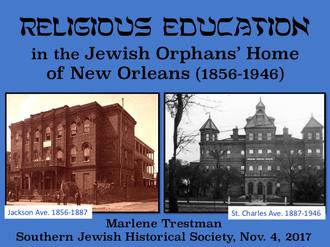 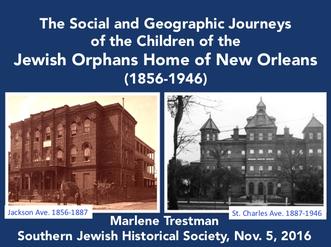 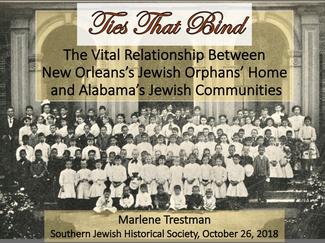 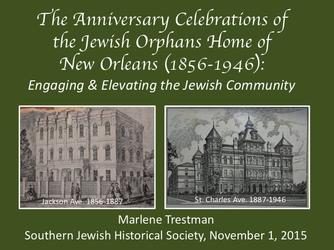 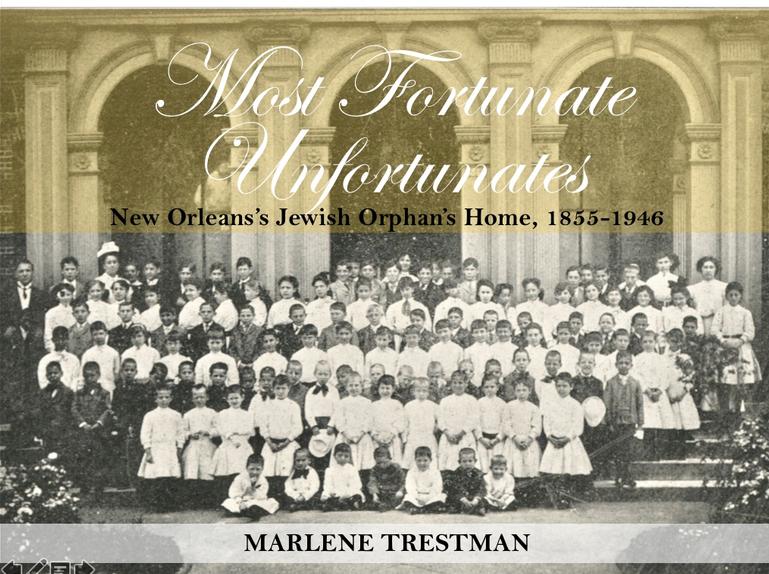 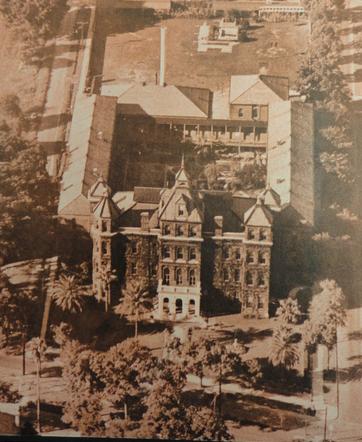 A few sections of the Home's original iron fence are still standing today at the Jackson Avenue site. Author's photo, 2015. 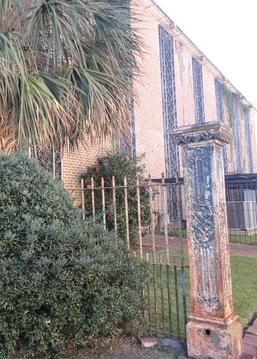 The original Home for Jewish Widows and Orphans stood  at the corner of Jackson Avenue and Chippewa Street from 1856 to 1887. Louisiana State Museum photo. 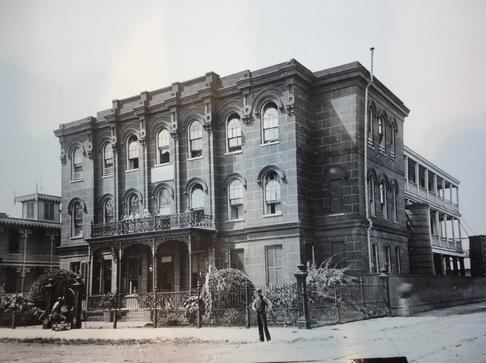 IF YOU OR A FAMILY MEMBER LIVED IN "THE HOME,"

I WOULD LOVE TO HEAR FROM YOU!

For as long as I can remember, I have been fascinated by the rich history of the Jewish Orphans' Home in New Orleans. For nearly two decades after the orphanage closed in 1946, the same imposing red brick structure -- originally a refuge for orphans, half-orphans and other dependent children from throughout the Deep South -- housed the Jewish Community Center and the offices of the Home's successor agency, now known as the Jewish Children's Regional Service. Throughout the 1960s, before and after the old building was replaced by the current JCC, I regularly visited the site to attend JCC day camp and ballet lessons, and meet with JCRS social workers. I am also keenly aware that - had the Home remained open for about two more decades -- I would have lived there.

The years I spent researching and writing about Bessie Margolin, one of the Home's many accomplished alumni, only deepened my curiosity about the orphanage, including its administrators, benefactors, the broader Jewish community that shaped and sustained it, and, most especially, the children who lived there. Through archival research and interviews of Home alumni and their descendants, with financial support from the American Jewish Archives and the Texas Jewish Historical Society, I am investigating the geographic and social journeys that brought children to the Home, and the extent to which they had an impact on the communities in which they lived as adults.

By my tally, the Home sheltered a total of 1623 children (as well as 24 widows or elderly single women prior to 1880) who were admitted largely from eight Southern states (Louisiana, Texas, Mississippi, Tennessee, Alabama, Arkansas, Oklahoma, and western Florida), encompassing 128 different cities and towns. After an average stay of 6 years, with one of every five children living in the Home for 10 or more years, the Home initially discharged its wards to 28 states, from which they often relocated before settling and raising a family. Descendants of Home alumni are even father flung; in addition to just about every Southern state, I've heard from children, grandchildren, and other Home alumni relatives who live in California, Illinois, Maryland, Massachusetts, New York, New Mexico, Washington State, and the Virgin Islands.

The Home -- A Brief Overview
In 1855, following the country's most brutal epidemic of Yellow Fever, a group of Jewish New Orleanians organized themselves as the Association for the Relief of Jewish Widows and Orphans to provide a permanent refuge for the neediest among them. During its first 32-years of operation, the Home for Jewish Widows and Orphans occupied the southwest corner of Jackson Avenue at Chippewa Street, where some of the original iron fenceposts still stand today.

​By 1887, demand exceeded the capacity of the first building, reflecting increasing Eastern European immigration and the admission of children from seven Southern states pursuant to the Home's affiliation with B'nai B'rith beginning a decade earlier. The Association, buoyed by the growing prosperity of New Orleans's Jewish community, erected a new and larger building on gracious tree-lined St. Charles Avenue. Proclaimed a "magnificent monument to Hebrew benevolence," the ornate facade and well-appointed public spaces of the Jewish Orphans' Home (as it was called after it stopped admitting widows in the 1880s) presented a stunning contrast to the humble origins of its young residents and an inspiring symbol of what each could -- and many of them did -- achieve. In addition to a Reform Jewish education, and a progressive system of self-government, the Home sought to provide its wards a robust, secular education. In 1903, the Home founded what is now known as the Isidore Newman School to educate its wards alongside children from the City's wealthiest families.

In 1946, in delayed response to changing norms in dependent child care and the advent of Social Security, the Home closed its doors as a residential facility, having fostered and educated a total of more than 1600 children over 90 years. The JCRS, the Home's successor agency, continues to care for needy Jewish children throughout the Deep South, and is the oldest continuously operating Jewish social services agency in the nation.  ​​​

Presentations About the Home

In addition to public lectures at the Dallas Jewish Historical Society (March 2018) and the New Orleans Jewish Community Center (Oct. 2018), I have presented a different facet of my ongoing research at each of four conferences of the Southern Jewish Historical Society. At the 2015 conference in Nashville, I spoke about "The Anniversary Celebrations at the Jewish Orphans' Home of New Orleans: Engaging and Elevating the Jewish Community." These elaborate annual social events featured performances by the children and stirring orations from Jewish thought leaders and successful alumni, all of which captured large audiences, sizable donations, and favorable publicity. Far more than successful fundraisers, the anniversary events provided the Home another opportunity to instill its wards with American Jewish values of social justice and patriotism while engaging and elevating the status of New Orleans's Jewish community.

At the 2016 SJHS conference in Natchez, MS, I discussed "The Social and Geographic Journeys of the Children of New Orleans's Jewish Orphans' Home," and highlighted some of the 99 children who were admitted to the Home from Mississippi.

Cincinnati's Hebrew Union College, the alma mater of several of the Home's clergy and Superintendent Leon Volmer (1911-1926), was a fitting venue for my 2017 SJHS presentation about "The Religious Education of the Children of New Orleans's Jewish Orphans' Home."

Honoring the host state of the 2018 SJHS conference, and the 138 children admitted to the Home from Alabama, I presented "Ties that Bind: The Vital Relationship Between New Orleans's Jewish Orphans' Home and Alabama's Jewish Communities."​