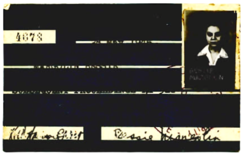 Margolin, left, with father and siblings in 1913. 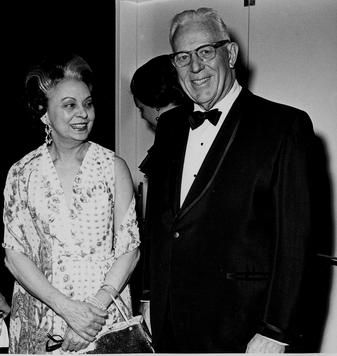 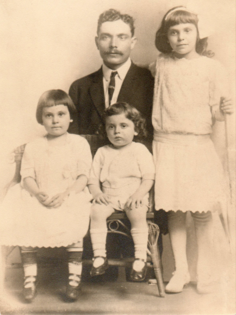 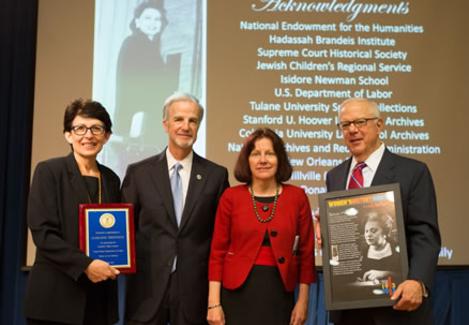 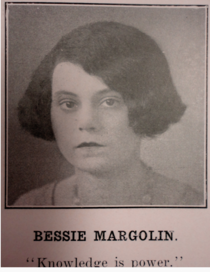 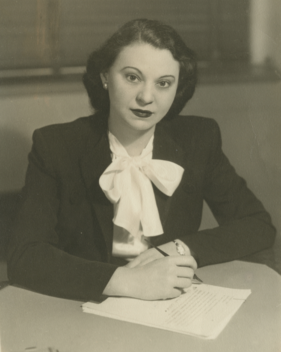 Chief Justice Earl Warren at Margolin's 1972 retirement gala. Listen to an excerpt of his remarks, below. 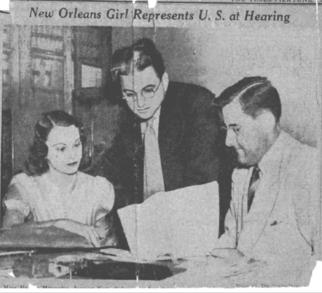 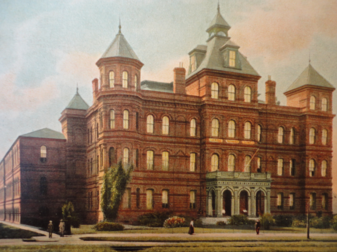 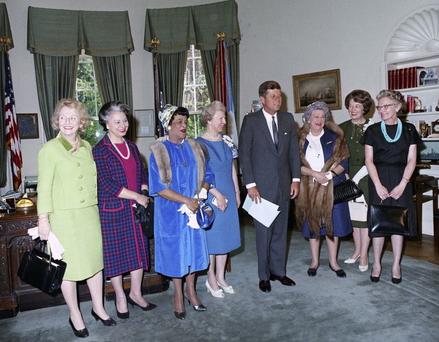 Margolin returns to New Orleans in 1939 as a wage & hour lawyer.

​1909    Bessie Margolin was born in the Brownsville neighborhood of Brooklyn, NY, to recent Russian immigrant parents.

1930     After transferring to Tulane, Margolin receives undergraduate and law degrees; following graduation, she is hired as a research assistant to Prof. Ernest Lorenzen at Yale Law School.

1932     Margolin receives Yale's Sterling Fellowship, the first time awarded to a woman, and pursues doctorate in law (JSD) under the direction of Professor William O. Douglas.

1945     Margolin, presents the first of 24 arguments at United States Supreme Court; she is the 25th woman to argue at the Supreme Court and one of only three women to argue there two dozen or more times during the twentieth century.

1946    While on loan to the Army for 6 months in Nuremberg, Margolin drafts rules establishing American Military Tribunals to adjudicate Nazi war crimes in the Subsequent Proceedings.

1947     After returning to Labor Department to resume court enforcement of FLSA, Margolin is investigated by FBI under the federal loyalty program; her loyalty will be questioned again during the 1950s.

1953     The Labor Department presents Margolin its Distinguished Service Award for "significant contribution to the authoritative construction of Federal labor laws" in presenting appeals with "consummate skill and clarity."

1962     Margolin uses the year-long sabbatical she wins from the Labor Department's Career Service Award to attend Harvard's School of Public Administration and then to research labor issues (including equal pay for women) throughout Europe.

1966    A self-styled reluctant feminist, Margolin Joins the National Organization for Women (NOW) as a founding member.

1969   Margolin argues the first Equal Pay Act appeal, Shultz v. Wheaton Glass Co., and convinces the U.S Court of Appeals for the Third Circuit that the Act requires that jobs be "substantially equal," not identical, a landmark ruling the Supreme Court declines to review.

1972    Margolin retires from the Labor Department, earning Chief Justice Earl Warren's praise for developing "the flesh and sinews" around the "bare bones" of the Fair Labor Standards Act.

2013    March: Margolin is inducted posthumously into the inaugural class of Tulane Law School's Hall of Fame;

June: U.S. Department of Labor celebrates its 100th anniversary, and marks the 75th and 50th anniversaries of the Fair Labor Standards Act and Equal Pay Act by selecting Marlene Trestman to give multi-media presentation on Bessie Margolin for the 2013 Donald Shire Lecture.