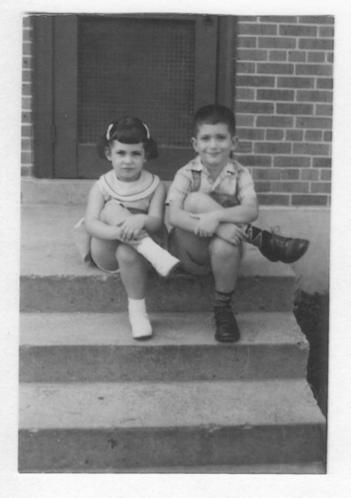 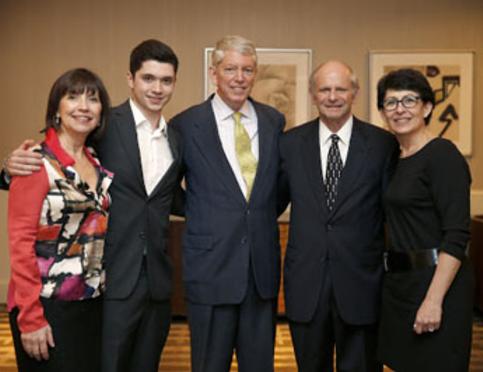 Trestman had access to Margolin's papers, including nearly 200 of Margolin's appellate briefs. 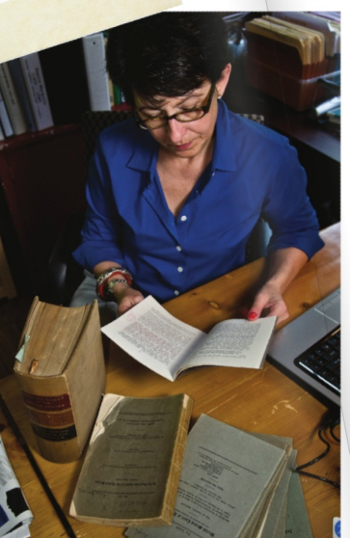 A letter from Isidore Newman School's principal in 1974 introduced college-bound Marlene to Bessie Margolin, a distinguished Newman alumna who graduated in 1925.

Marlene (age 5) and her brother Bob on the steps of their home in New Orleans's St. Thomas Housing Project, 1961. 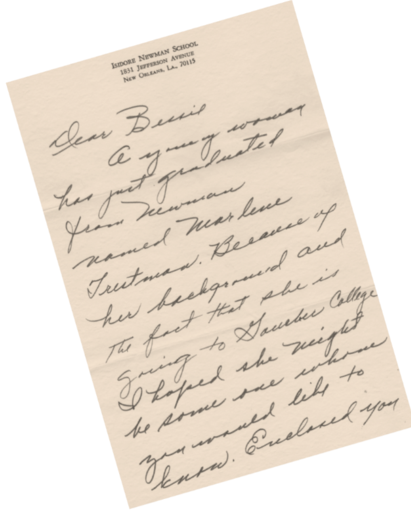 Orphaned at age 11, Marlene Trestman grew up in New Orleans as a recipient of the Jewish Children's Regional Service (JCRS), the social service agency that succeeded the Jewish Orphans' Home in which Bessie Margolin was raised. Like Margolin, Trestman was given the opportunity to attend the Isidore Newman School under the spirit of its founding charter to educate Jewish orphans.

These shared life-changing childhood experiences - a half-century apart - prompted Margolin and Trestman to meet in 1974, and to spend time together over the next decade while Trestman attended Goucher College and George Washington University Law School, and began her own career as a public lawyer.

In 1993, while preparing a speech in honor of Newman School's 90th anniversary, Trestman was surprised to learn that Margolin's biography had not been written. After Margolin died in 1996, Trestman shared Margolin's remarkable story with new audiences, expanding her research for each presentation.

The idea of writing Margolin's biography took hold as Trestman prepared for the JCRS' 150th anniversary, slated for the Fall of 2005. When Hurricane Katrina literally blew away the planned events, Trestman already was committed to the project. Malcolm Trifon, Margolin's nephew, generously granted Trestman long-term exclusive use of his aunt's papers -- including letters, photographs, and nearly 200 appellate briefs -- without which Margolin's biography would be incomplete. Margolin's Labor Department colleagues and other people who knew Margolin best granted interviews, providing essential details, context, and names of other people to contact.

Trestman is a former Special Assistant to the Maryland Attorney General, where she started her thirty-year legal career in 1982, and has taught law at Loyola University of Maryland's Sellinger School of Business & Management, where she earned her MBA. Trestman twice received the Attorney General's Exceptional Service Award and in 2004 was named Isidore Newman School's Distinguished Alumnus. A former trustee of Goucher College, she currently serves on the board of Goucher's Prison Education Partnership. She and her husband, Henry Kahn, a partner with the law firm of Hogan Lovells, live in Baltimore. They have two grown children, Helene and Eli.